Am/Can./UKC-BIS Champion Refinne London Fog
Retired
"Tripoli,"-is a stunning grey dog, who is as easy to live with as he is to show. A born showman, he wows people with his sound movement, striking grey color, excellent conformation, beautiful expression, and sweet temperment that shines even from ringside. He started his show career in May 2006 after years of kennel life with his breeder.   He won many best of breeds over specials in his short coat. He finished his AKC championship in less than 5 shows with a Group 1 placement from the classes, always ownerhandled! He went on to win 3 more groups, and many other  group placements.  He also completed his Canadian championship, owner-handled.  His UKC Grand Champion title was acheived in the minumum number of shows.  He competed in the Historically Correct Continental trim for his limited UKC career.   He has a leg on a an AKC rally obedience title. He finished 2008 as the #5 Poodle in the Top Ten Poodles in UKC showing. At his first UKC show, he recieved a Best in Show. He is now retired from showing to entertain the ladies and dabble in obedience, junior showmanship, and pet therapy.
In any ring or even at home, Tripoli's type, style, condition, and presence cannot be denied.
Tripolis is now retired and living the life of luxury with the Olsen family in Burnsville. We see him often. He is still healthy and vital as of Spring 2016. We are blessed to have have gotten Trip from Refinne kennel and to have used him in our program.

Available at stud to bitches with approved pedigrees, full health testing, and at least one title in any venue. Trip was born 11/11/2002 and is still completely sound and  free of health issues to date. He has been stamping his type on his pups, with one son finished with a Group win, just like his daddy! He is also putting his long upper arm, and flat croup and tailset on his pups. His gorgeous head and eye are strongly produced in his pups. He produces silver, grey, blue, and white and shades of brown. Proven not to carry a parti gene. He is available for natural and fresh chilled breedings. He has produced litters by AI, natural breedings, and fresh chilled semen.  His stud fee is at $1,200 for a limited time. He is only available by natural breeding as of 1/11/10.  He has AKC Champion, Candian Champion, International Ch, and UKC GrandChampion offspring. More  of his puppies just starting their AKC show careers now. We have his son, BlackJack, and daughter, Viva to carry on his legacy.
Feel free to contact me for more information.
Health Testing- also available here or by mail Update 2016:
Trip has never been unhealthy a day in his life. He has never needed any surgeries or medications. He has been fully haired his entire life, no bloat, skin issues, or epilepsy. He is now 13 1/2 years old and is still able to do stairs easily, and walk about a mile every day. He has slowed down, but he never was into running!

Photos of Trip and his Get 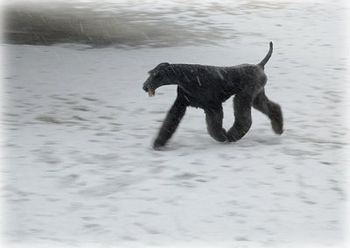 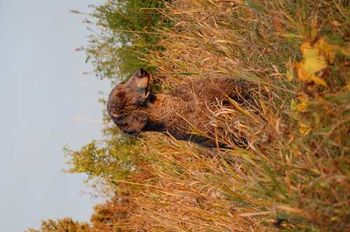 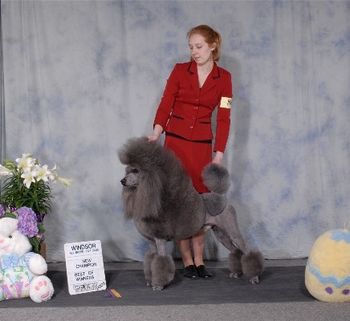 Best of Winners to comple his Canadian Championship 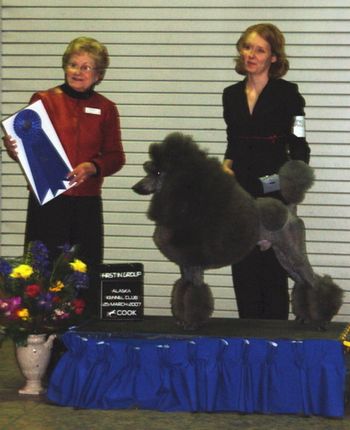 Group 1st from the classes- Thanks to Judge Lorraine Boutwell 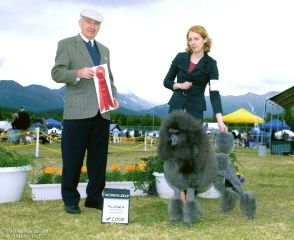 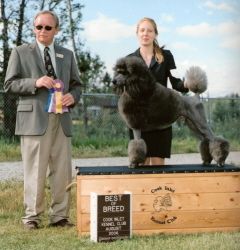 Best of Breed win over specials in HCC trim 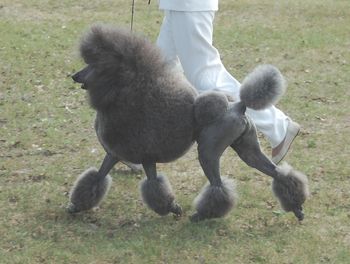 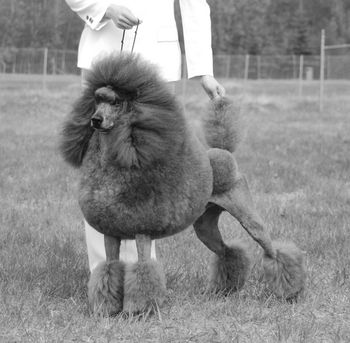 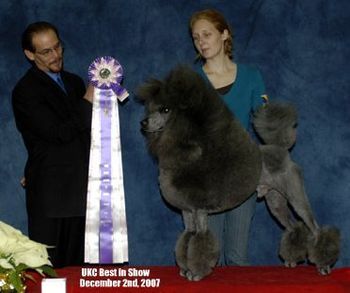 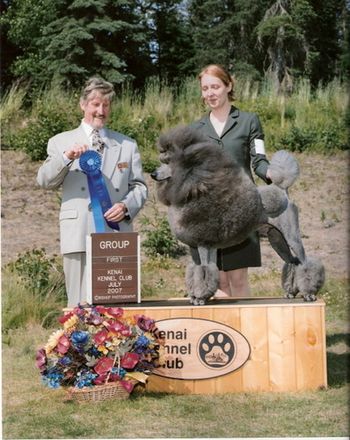 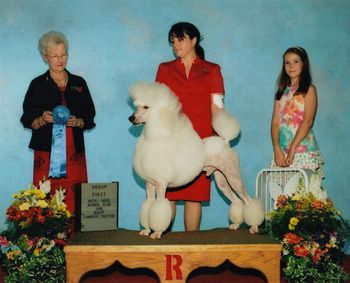 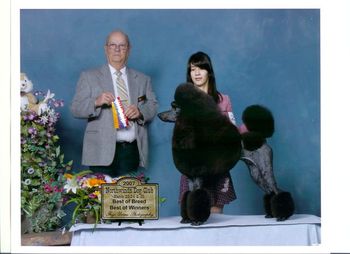