Introducing "Indigo" -  URO1, 2x UKC Best in Show GrandChampion Spirit Rhapsody in Indigo, CA.
A most beautiful member of the Spirit family, she is our first homebred puppy, out of two AKC Champion parents. Born on February 6th of 2008, she was one of a spectacular litter of 7 pups.  She stood out from the rest with her balanced, light, consistent movement and carriage, her exceptional angles, both front and rear, and pretty head. She has maintained her soundness into adulthood. She has a sweet, never scared attitude, with a little less get- up- and go then her mother,Spirit.
Indigo's stunning father,  Am/Can/Int'l Ch. Degana Anything Will Do is oozing with breed type and soundness and has passed that on to Indigo. She has points towards her AKC conformation championship, but we decided that there was more to Indigo than growing hair. She finished her UKC Championship in one weekend, and has two UKC Best in Show awards. She has an excellent nose and has high apptitude for upland bird work and tracking. When out with our trainer, she has high bird drive and loves to flush pheasants! She has titles in  obedience, lure coursing, and dabbled in agility. She ran up to 30 miles per week for 3+ yrs when she lived in a guardian home.  A dog must be sound to put on that kind of mileage and never get an injury or break down. We consider her to have the ideal body type for a versatile poodle. She had her first wonderful litter of 7 blue and silver pups 10/23/12, we kept her daughter Bubbee. Second litter in 2014, we kept Bronco. Indigo has proven herself to be an amazing producer, with beautiful, correct, and consistent pups. These pups have excellent angles, beautiful movement, and smart stable happy temperaments.

Indigo is retired from breeding and living in a loving retirement home in Burnsville, Mn. We are so grateful for her contribution to our breeding program. 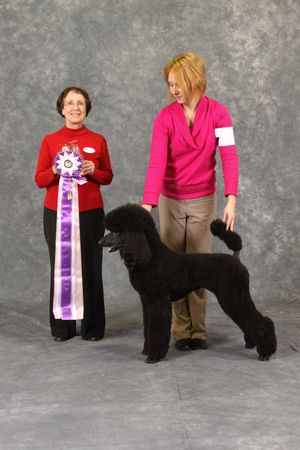 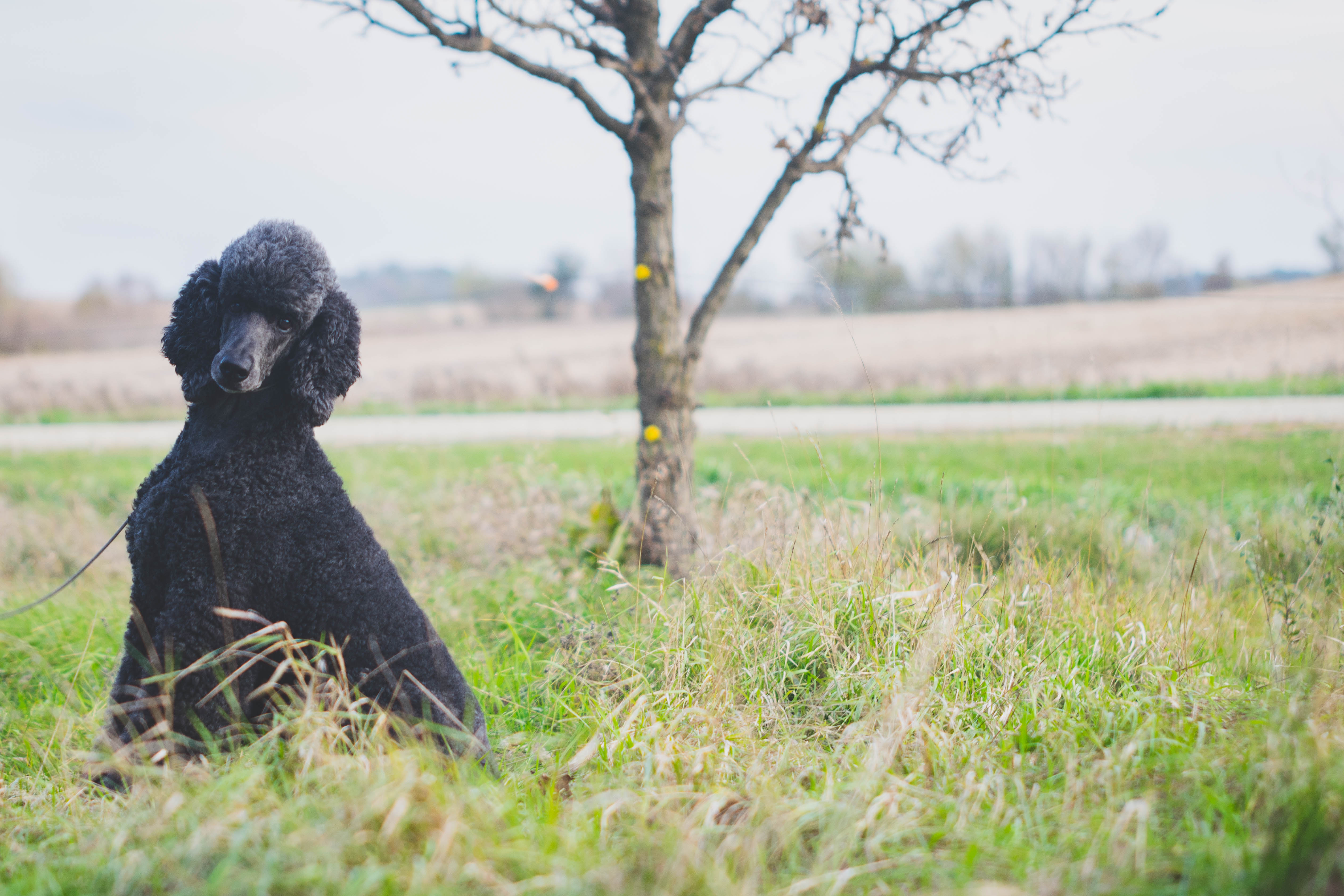 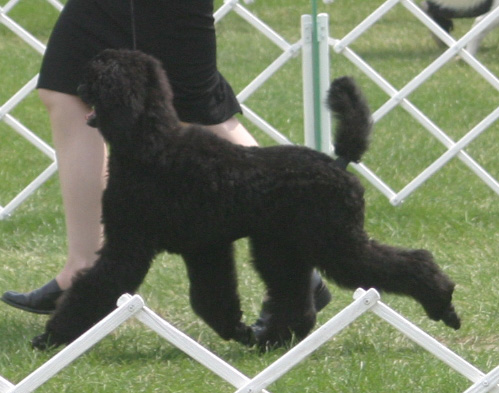 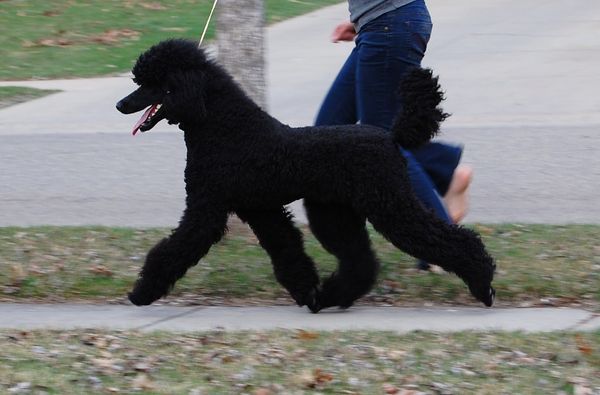 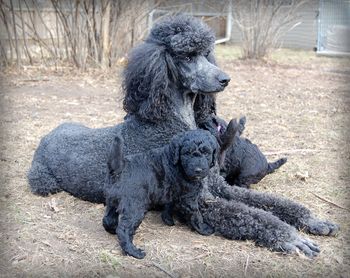 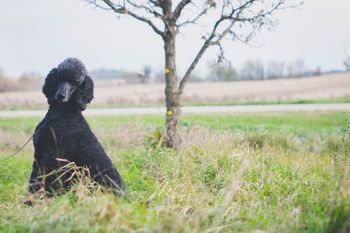 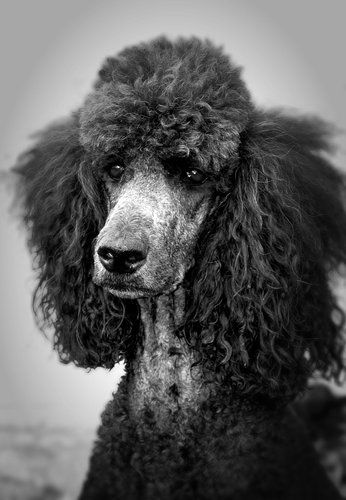 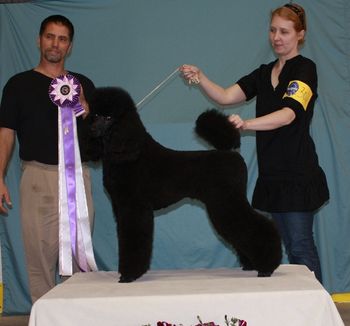 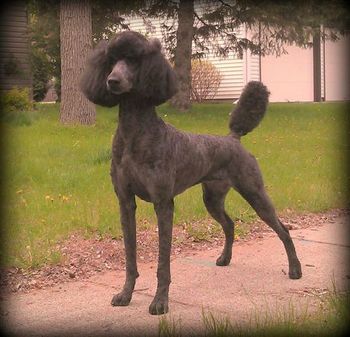 As a young dog, Indigo ran up to 30 miles per week. 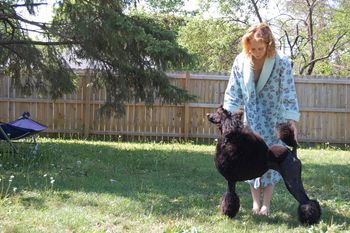 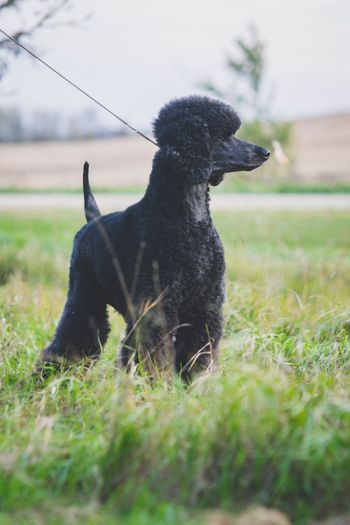 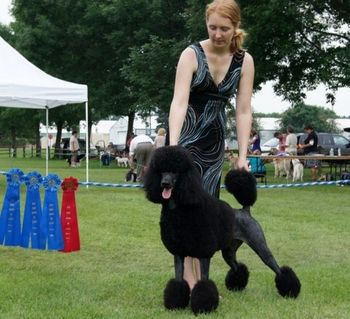 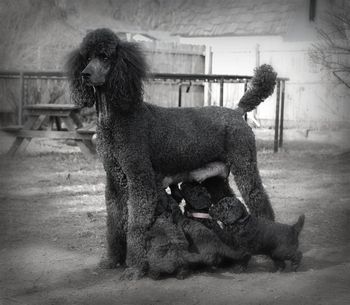 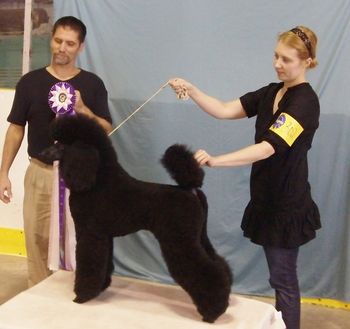 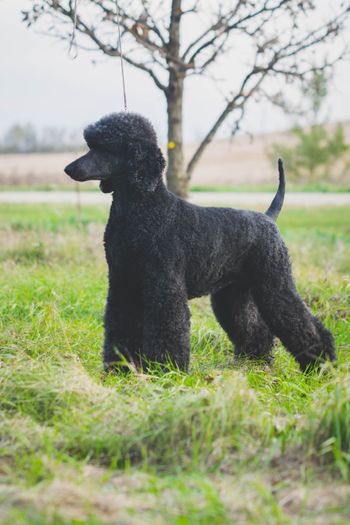 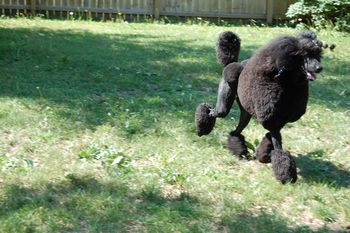 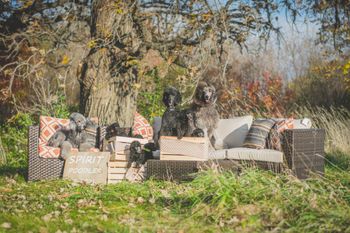 Indigo center as part of a 4 generation photo, her son next to her, and grandbabies too. 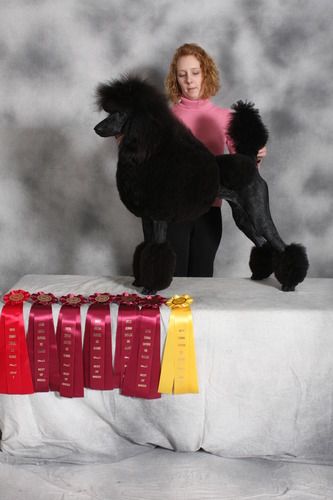 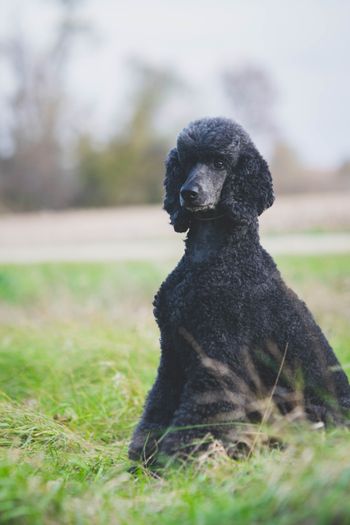 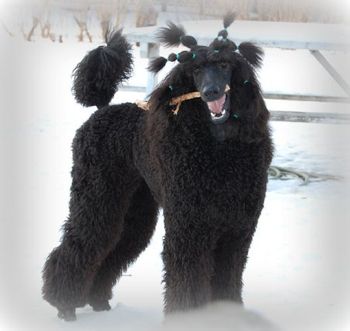 11 months old enjoying her favorite-a stick and the outdoors 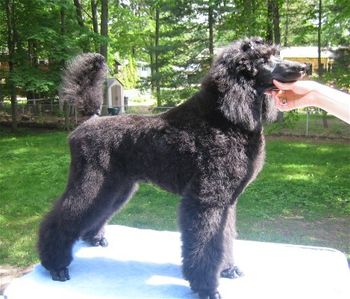 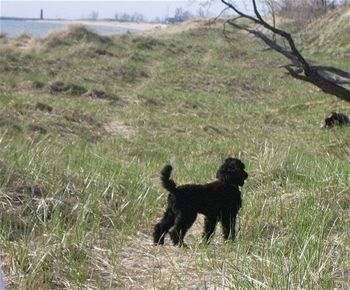 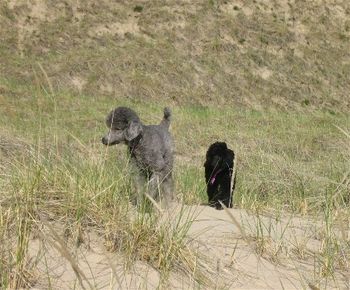 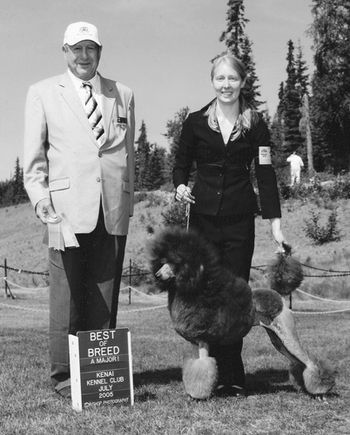 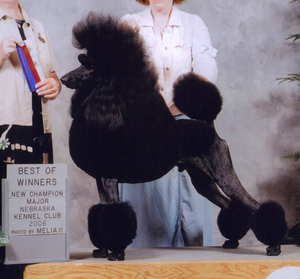 Indigo's Sire- AKC Ch. Degana Anything Will Do, RN. 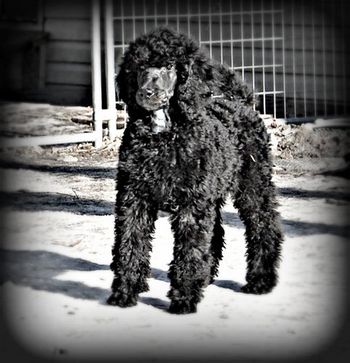 One of Indigo's pups from the 2012 litter 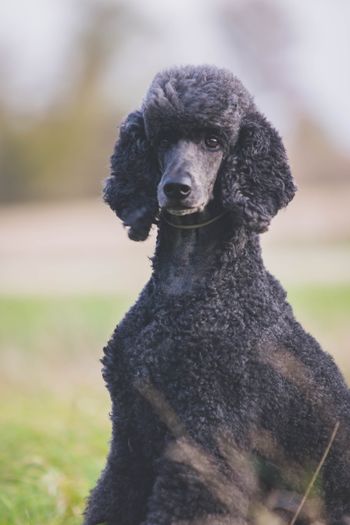